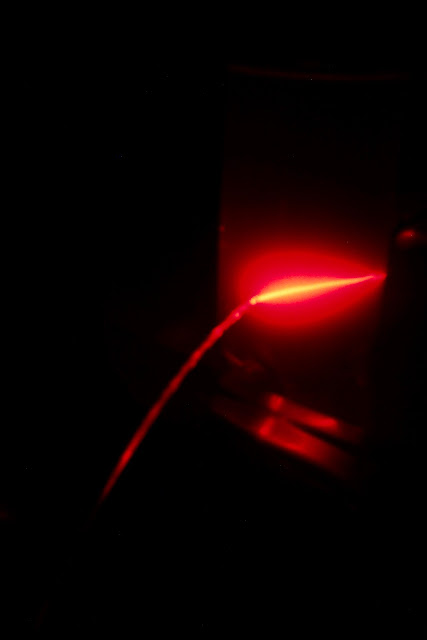 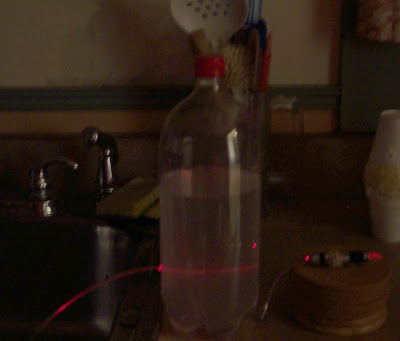 The same principle applies with a piece of glass or plastic fiber optic cable. We have some lying around somewhere. I'd like to try using it in an art project, but with LED bulbs instead of lasers....
Posted by Kathy Ceceri at 4:46 PM